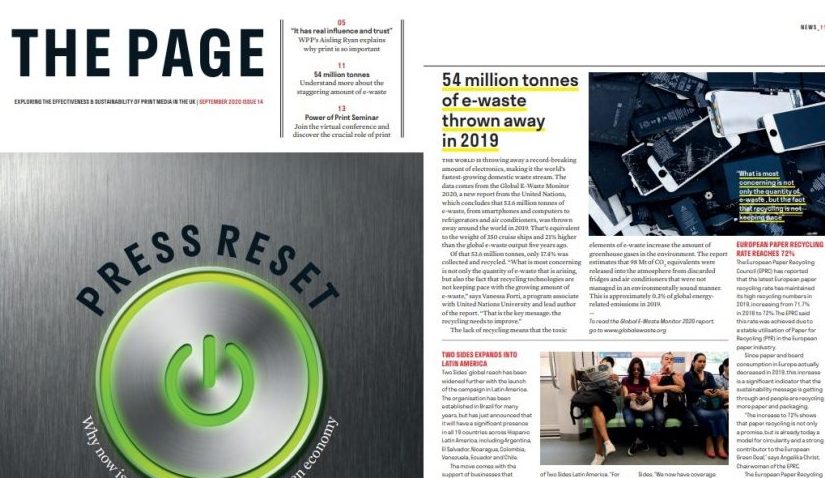 Two Sides’ global reach has been widened further with the launch of the campaign in Latin America.
The organisation has been established in Brazil for many years, but has just announced that it will have a significant presence in all 19 countries across Hispanic Latin America, including Argentina, El Salvador, Nicaragua, Colombia, Venezuela, Ecuador and Chile.
The move comes with the support of businesses that are part of the Confederación Latinoamericana de la Industria Gráfica. Since its foundation in 1967, the Confederación has been key to the success of graphic print throughout Latin America.
“Disinformation about paper and forestry brings great losses to the paper sector and the printing industry,” says Fabio Mortara, CEO of Two Sides Latin America. “For this reason, an important part of our work is to educate companies to dispel myths and to bring true information to the consumer, which is now available in Spanish for the entire region”.
“The expansion of the Two Sides campaign throughout Latin America is very important,” adds Martyn Eustace, Chairman of Two Sides. “We now have coverage in over 30 countries across the globe and will continue to communicate the investments the industry makes to minimise and reduce the environmental impact of its activities.”